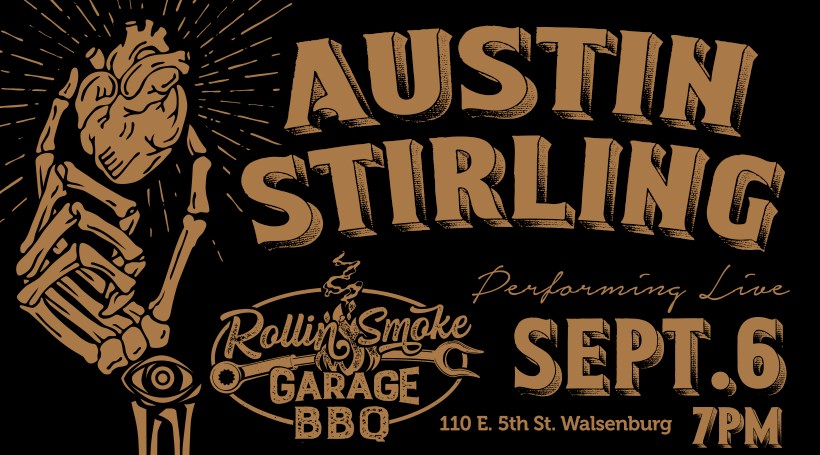 If you’re Mr. Stirling, the redoubtable frontman of the once Hangdog Hearts, you’ve earned the respects of your peers, while converting audiences worldwide. Stirling took all that traveling experience into the studio, consolidated it with some southern-fried focus, and created his debut solo album, SALVE. A driven accumulation of fire and brimstone, floated with whiskey and gasoline. He doesn’t stick to formalized roots or folk: that’s a blueprint too many of his contemporaries have used to build a shrine to a stereotypical religion. Instead, he mixes up a serious mesh of influences from Blues, Country, the sweaty vibes of Rockabilly, and Saturday evening mischief before Sunday morning reflection. His music stretches through dozens of styles, but always comes out sounding like his own badass reflection . He holds tightly the reins of the music until it’s time to break free like wild bulls, allowing his recordings the opportunity to discover the brilliant energy that is his live show