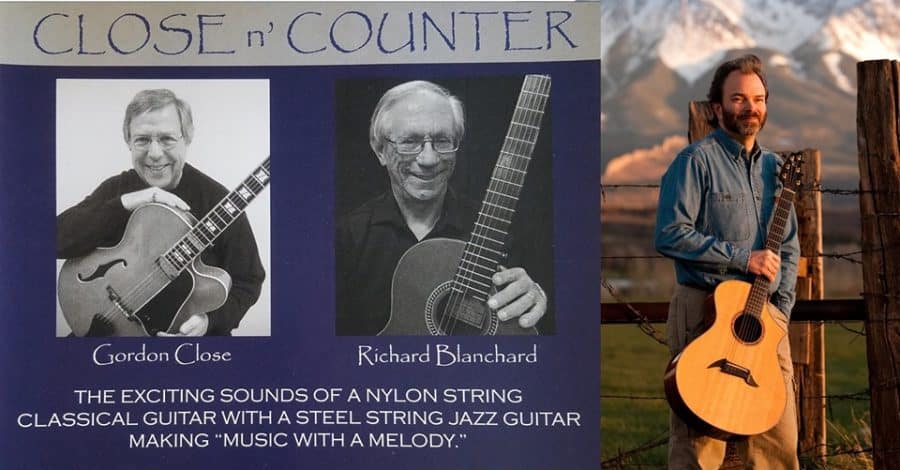 Close N Counter
Close encounter is a guitar duo consisting of Gordon Close and Richard Blanchard. Gordon has been playing guitar professionally since he had a radio show at the age of 16. During the time from then to now he’s been guitarist for Bobby Darren, Stevie Wonder, the Accents and studio session work in the Hilltoppers, a quintet popular on the Denver country club and wedding scene. He has been an educator on guitar all these years and does arranging for Close N Counter.

Tom Munch has played in the Cuchara Valley for over 30 years. From weekly work with Alzheimer’s patients to history shows and appearances at festivals and clubs, Tom plays it all. A student of the Texas songwriting style, he plays the mountains and prairies-inspired music that folks around here know and love. He has recorded a dozen albums in the past 30+ years including 3 albums with a variety of styles, a cowboy album, a standards album, a Christmas album, 2 instrumental albums – 1 of original music and 1 of historical music for the Zebulon Pike expedition, and an album of original songs.