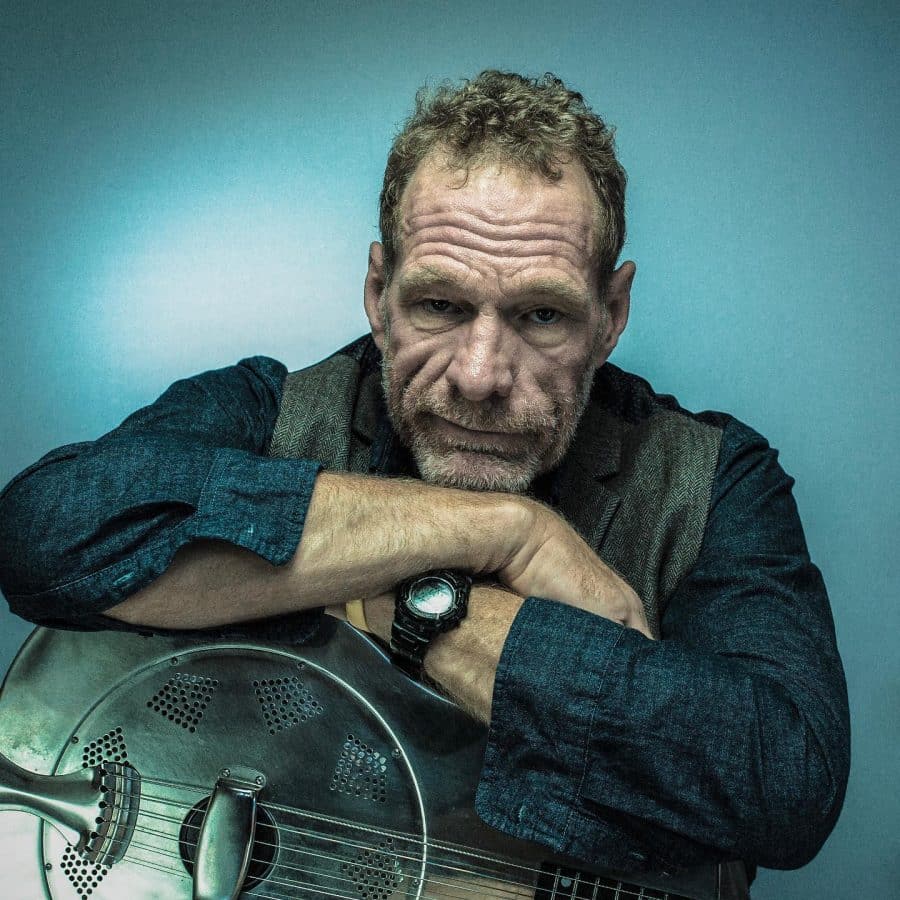 Eric is a perennial favorite on the Folk and Blues Festival circuits, not only for his dynamic, engaging performances but for his open tuning and slide guitar workshops as well.
With soaring vocals and organic arrangements, Eric’s original compositions reflect his musical influences but come from a place all their own. He writes from experience about the human condition – at times sensitive, at times humorous, always thought-provoking. His arrangements and delivery encompass a spectrum of styles, from delicate fingerpicking to raucous, bluesy bottleneck slide.
Eric lives in the Phoenix area with his patient, long-suffering wife, three kids, and dogs of indeterminate pedigree.
Eric is the three-time champion of the Phoenix Blues Society’s Blues Showdown, a finalist at the Telluride Blues Challenge, and has twice performed in Memphis, TN at the International Blues Challenge, where he was a semi-finalist in 2017. He’s a winner of the Stefan George Memorial Songwriting Contest sponsored by the Tucson Folk Festival and has been tapped for the prestigious Songwriter’s Showcase produced by Tempe Center for the Arts, filmed for PBS distribution. He’s been a 4x featured performer at the Dripping Springs (TX) Songwriter’s Festival and regularly headlines show at the Prescott Center for the Arts, Highlands Center, and the Flagstaff Folk Project in Arizona. He can be seen performing at any number of venues throughout the state and region.
$15 advance tickets, $18 day of show