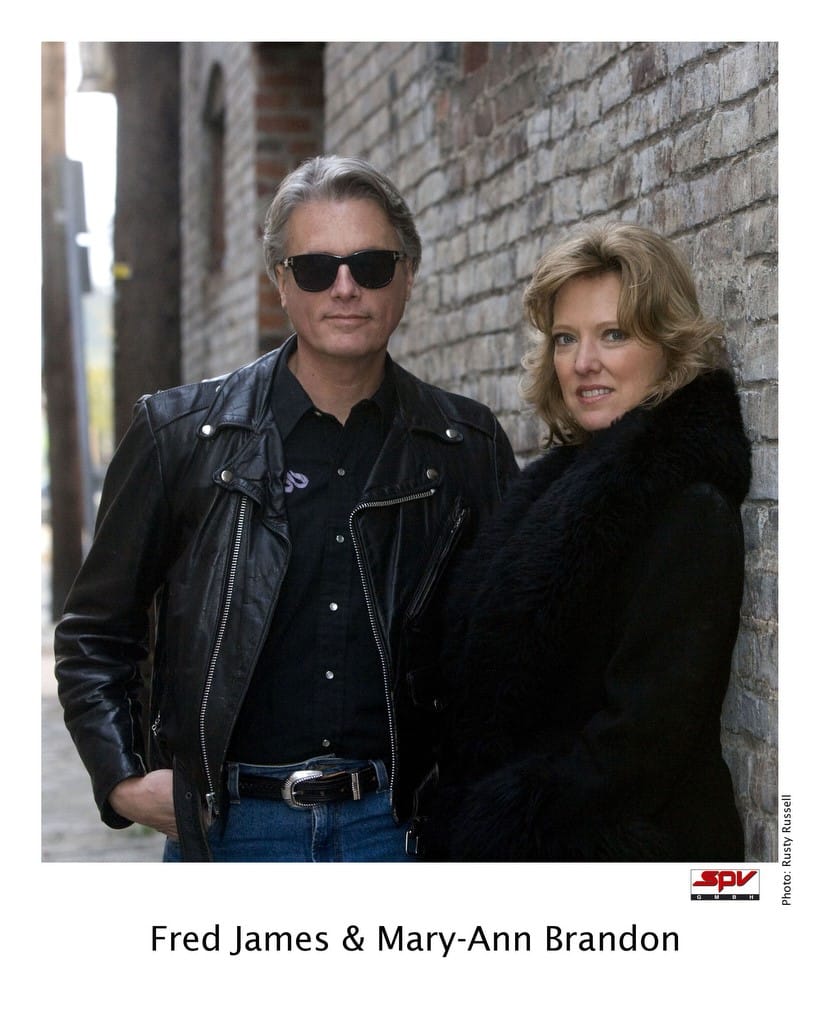 Fred James & Mary-Ann Brandon are multi-Grammy-nominated (for their compositions in the BEST BLUES ALBUM category) singer/songwriters from Nashville, TN. Their songs have been recorded by many artists, highlights including Johnny Winter, Koko Taylor, Lonnie Brooks, Charlie Musselwhite, Mike Zito, C.J. Chenier, Jr. Wells & Bonnie Raitt.
Fred is a former member of The Amazing Rhythm Aces, Dr. Hook, and The Burrito Bros. and has played guitar with Billy Joe Shaver, Townes Van Zandt, Vern Gosdin, and many others.
Mary-Ann has sung backup for Tony Joe White, Buzz Cason, Roscoe Shelton, Stan Webb, David Olney, Charles Walker, Tommy Tutone, and many others. Her own recordings have been released by Appaloosa, Taxim, SPV, and R.O.A.D. records.
Their concert in La Veta marks the first performance in more than two years and will be an intimate unplugged show.
Advance tickets.. $20; Day of the show.. $23