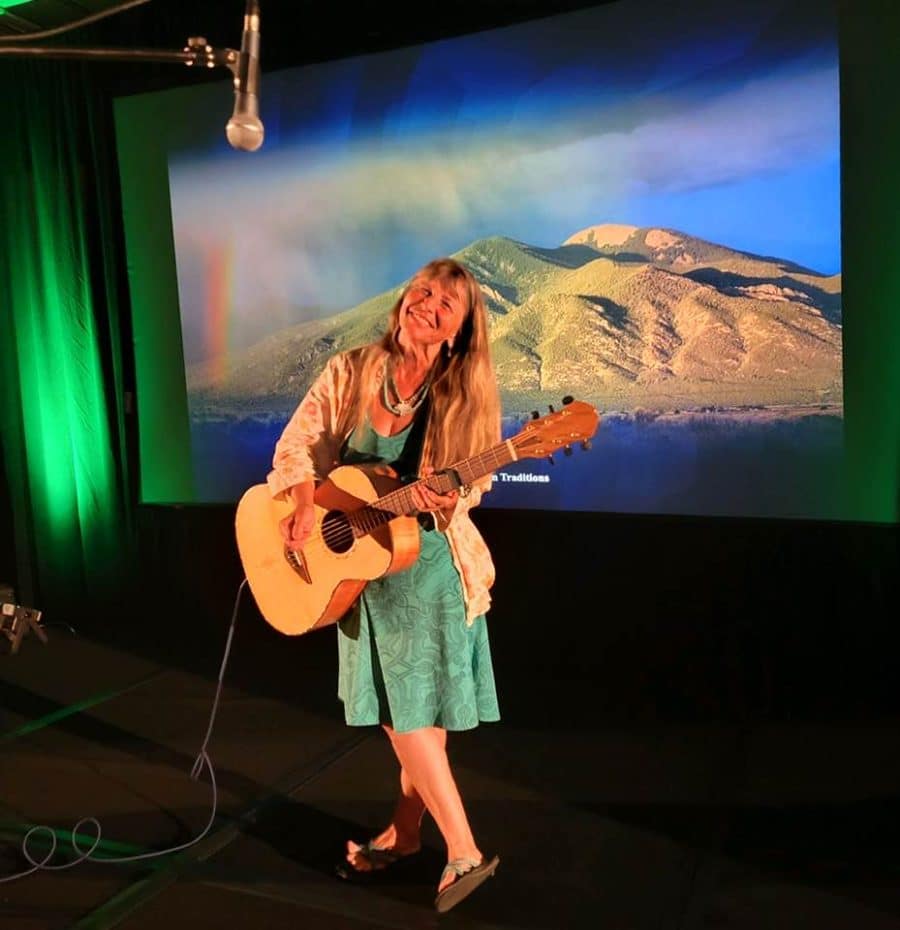 Jenny Bird has been called “the most passionate performer in the new folk genre.” The stage is her second home, where she’s been presenting her original songs since she was ten. Professionally managed as a teenager, Jenny lived and recorded in Germany and Belgium. For the last 20 years, she’s toured widely and consistently, playing festivals and clubs across Europe, Canada, and the United States. She is well respected in her hometown of Taos, New Mexico, where she records and teaches music.
Jenny’s discography includes fourteen all-original recordings which have received radio play internationally. Her recordings feature such guests as blues virtuoso Rory Block and rainbow warrior Eliza Gilkyson. And Jenny has appeared throughout the country, performing on the same stage with Sheryl Crow, John Prine, Iris Dement, JJ Cale, Blues Traveller, Sinead O’Connor, Indigo Girls, and Sarah McLachlan, to name a few. Jenny’s music leaves her audiences touched, transformed, inspired, and singing home.
Advance tickets $15; day of show $18