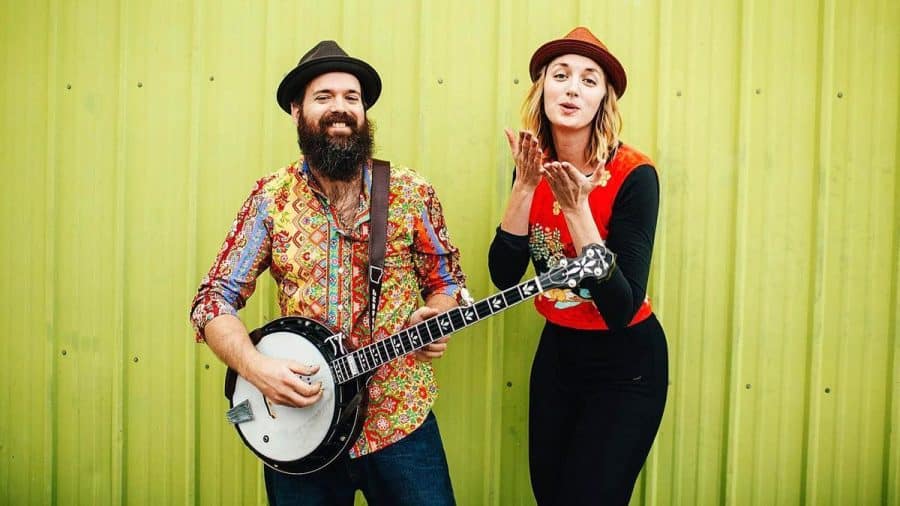 Making moves and clearing paths for the future; pushing against borders and birthing space. Meadow Makers is a melodic and vocal driven folk duo from Northwest Arkansas. Comprised of Dana Louise and Noah Richmond, this dynamic duo has been holed up in their backwoods cabin for the last year, writing songs and arranging old favorites. The two have been playing regionally under their given names, and are excited to take Meadow Makers on the road this spring. Their diverse musical backgrounds, and shared love of songwriting have brought them together to create a fresh, unique twist on the traditional folk sound. Bars, barns, breweries or house concerts, Meadow Makers strives to connect on a higher plane.

The Creek Rocks are a folk group from the Ozarks led by banjoist Cindy Woolf and guitarist Mark Bilyeu. These longtime musical collaborators worked together on Cindy’s three CDs of original songs starting in 2005, then got married in 2013, then established The Creek Rocks in 2015. Mark is a founding member of Ozarks family band Big Smith, who toured and recorded from 1996 to 2012, then reunited in 2016, and now play a few select shows a year.

100% of all ticket sales go to the performers. Seating is first come, first served. No refunds or exchanges. Please bring printed receipt as proof of purchase.