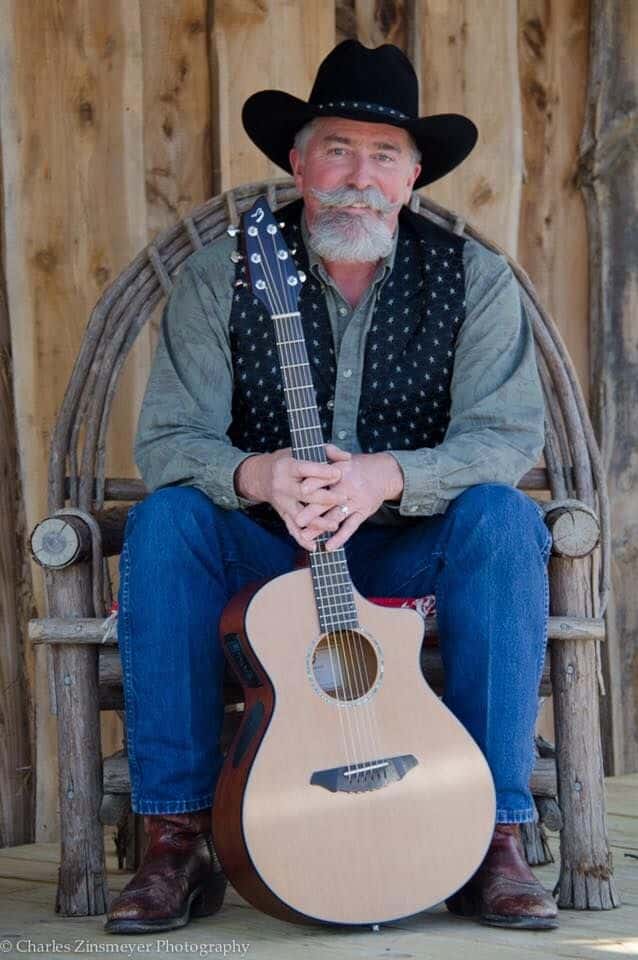 As a singer/songwriter, Mike Blakely has released 13 albums, performed all over the U.S., and has made 16 tours to Europe. His songs have also been recorded by artists such as Johnny Bush, Flaco Jiménez, Raul Malo, Gary P. Nunn, Johnny Rodriguez, and Red Steagall. In 2007, his story song “The Last Wild White Buffalo” won the first-ever Spur Award for Best Western Song. Members of the Western Writers of America named three of his songs as being among the Top 100 Western songs of all time: “The Last Wild White Buffalo”, “The Last Comanche Moon”, and “The Old Cantina”.

One of his co-written tunes landed on a Grammy Award-winning album by Flaco Jimenez in 1995. Another was played on the orbiting International Space Station in 2007. Mike’s latest album, THE OUTSIDE CIRCLE, features ten songs about the wild west and cowboy life, past and present. It was released in June 2018 and was co-produced by Walt Wilkins and Ron Flynt (of Jumping Dog Studio in Austin, TX).

As an author, he has published 19 books released by major New York City publishers. His most recent book was released in February 2019 and is a historically accurate account of the Mexican War of the 1840s titled “A Sinister Splendor.”