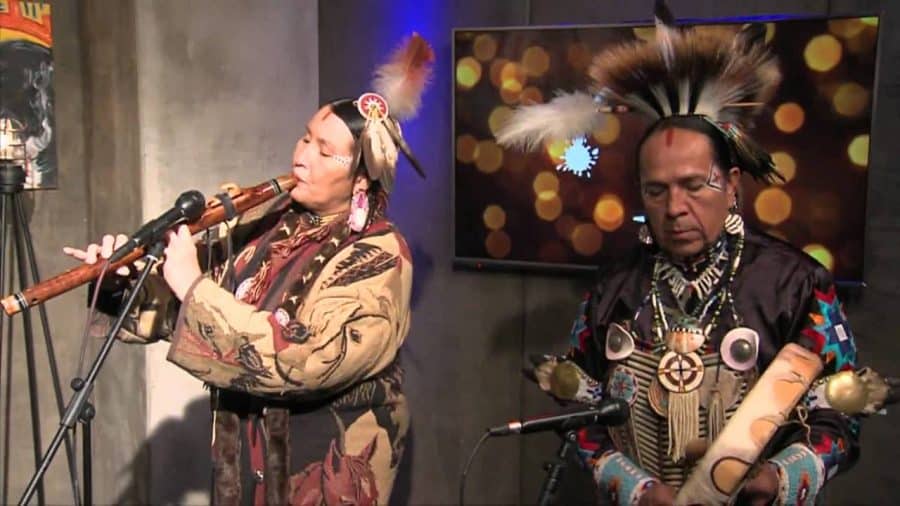 With an alto voice that pulls from the depths of her cowboy boots and songs with lyrics that cut to the heart, Morningsong will appeal to those who enjoy the music of Buffy Sainte-Marie and Bonnie Raitt. Morningsong has played guitar since she was a youngster when she also learned to play the classical flute. Since then she’s mastered the Native flute, on which she performs skillful, heartfelt instrumentals on some of her compositions.

Shelley Morningsong has been featured in several magazine’s such as Cowboys & Indians, Native Peoples, and New Mexico Magazine to name a few alongside her husband Fabian Fontenelle. She tours nationally and internationally with the full band featured on her album Full Circle, which was skillfully engineered and produced by Grammy Award winner Larry Mitchell. (www.larrymitchell.com) Mitchell contributes a strong rock sensibility with his electric and acoustic guitars.