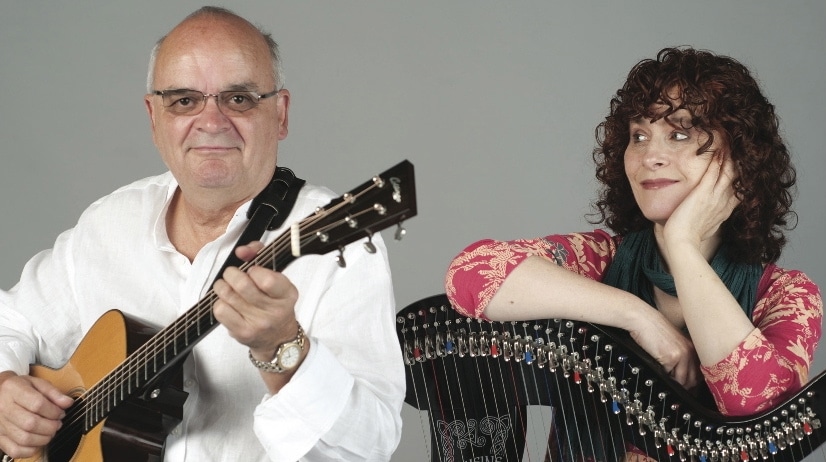 This year’s end of the retreat concert features:

Sue Richards – Scottish Harp
Sue Richards is an internationally known performer, teacher, composer, and author. Sue has recorded dozens of CDs, and has entertained audiences throughout the U.S. and Europe.

Chris Newman – Guitar & Harp Duos
Besides recording with Máire Ní Chathasaigh, Chris is a respected
record-producer and arranger in the field of traditional and folk music and a composer. Among others, his composition “Fretwork” (from his solo album of that name) has been used as the signature tune for BBC Radio Wales’s weekly “Celtic Heartbeat” program for a number of years and was used for an advertisement on Sky TV for four years. Chris has just been named “Male Musician of the Year” in the 2019 Live Ireland Awards.

Máire Ní Chathasaigh – Irish Harp
Máire Ní Chathasaigh (pronounced Moira Nee Ha-ha-sig) is “the doyenne of Irish harp players” (The Scotsman), “the great innovator of modern Irish harping, a player of outstanding technique and imagination” (The Rough Guide to Irish Music) and one of Ireland’s most important and influential traditional musicians. She was described by the late Derek Bell as “the most interesting and original player of the Irish harp today” and is the sole harper recipient to date of Irish music’s most prestigious award, Gradam Ceoil TG4 – Irish Traditional Musician of the Year.