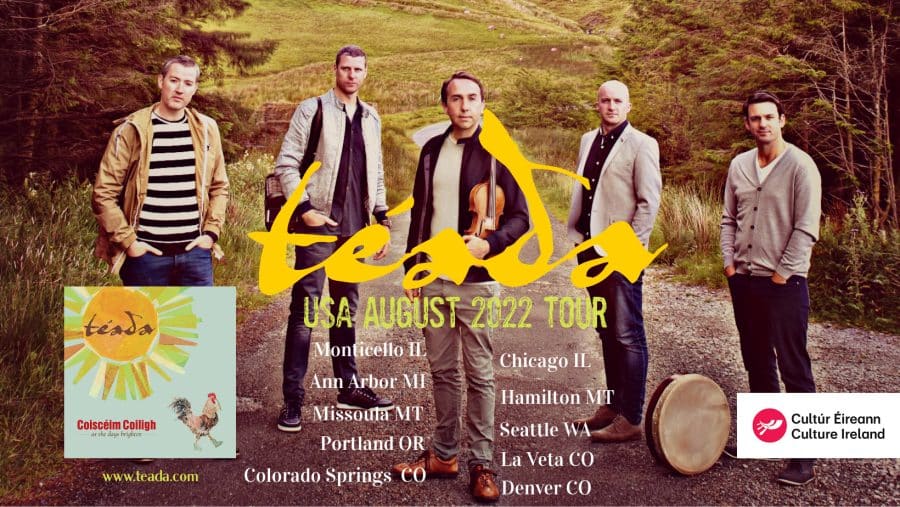 A traditional band with a truly worldwide reach since 2001, Téada has appeared as a frequent headliner at major music festivals throughout the US, Canada, Mexico, Europe, Africa, Russia, the Middle East, and Australia.
2022 sees Téada back to the US for tours in March & August, as well as launching the band’s sixth album on the Gael Linn label.
Téada’s latest album – released in May 2022 – on the Gael Linn label marks a high point for the group celebrating 21 years together.
Famed Irish-American actor, producer and musician John C. Reilly – recently named as the International Guest of Honour at the 2022 St. Patrick’s Day Parade in Dublin – features as a special guest vocalist alongside Séamus Begley on this new Téada album, singing the Percy French song ‘Eileen Óg’.
+ Google Calendar+ Add to iCalendar