The Martin Gilmore Trio at the La Veta Mercantile 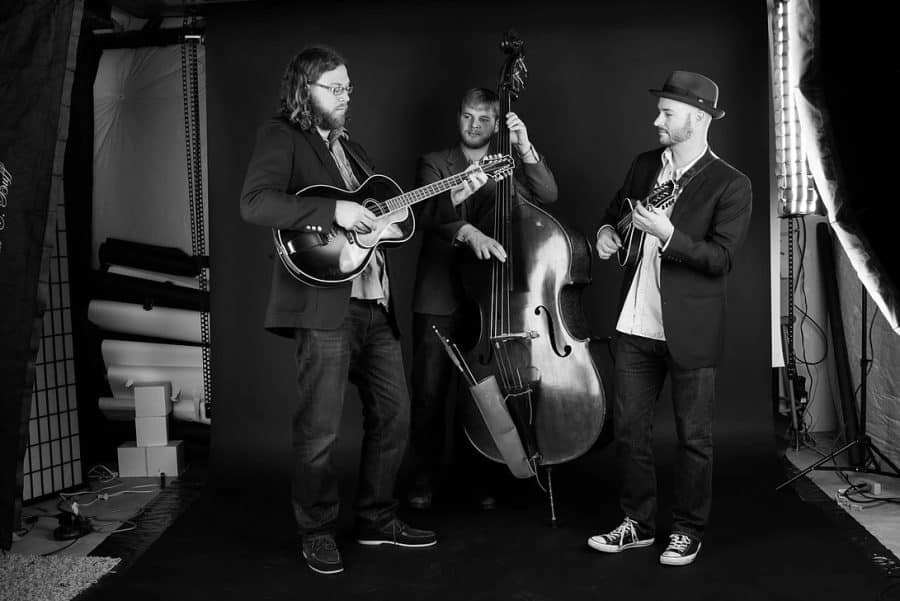 The Martin Gilmore Trio (MG3) is a bluegrass and folk music group from Denver, Colorado. Comprised of Martin Gilmore, Nick Amodeo, and Ian Haegele, their sound centers around acoustic bluegrass and folk music, but they stray into jazz, swing, country and blues. They have toured all over the United States and Ireland. Their new record will be released in 2020. More information about the release can be found at www.martingilmore.com

Martin Gilmore is and instructor of folk and bluegrass music at the University of Northern Colorado where he teaches guitar, vocals and directs the bluegrass ensemble. He has recorded two solo records which feature members of Hot Rize, The Infamous Stringdusters, and FY5. In 2017 he recorded a collaboration project titled East-West with famed Oudist Eslam Elabaty in Cairo, Egypt where he lived from 2015-2017. He is an acclaimed songwriter and teaches songwriting at Swallow Hill music Association in Denver, Colorado. Martin is the lead singer and plays guitar and bouzouki in the MG3.

Nick Amodeo is a multi-instrumentalist playing styles from bluegrass mandolin to reggae bass to honky tonk guitar. In 2005 he won the prestigious Rockygrass mandolin contest and has performed over the years as a sideman for the celebrated blues artist Otis Taylor. Nick has toured throughout North America and Europe, sharing the stage with such legends (and personal heroes) as Buddy Guy, Etta James, Mavis Staples, Chuck Campbell (The Campbell Brothers), Mollie O’Brien, Ron Miles and many more. Nick has also had the opportunity to teach music at Regis University, Naropa University, Swallow Hill Music School, Colorado Roots Music Camp and is currently a popular instructor on Jamplay.com. Nick lives in Denver, Colorado where he teaches and plays music full time. Nick plays guitar, mandolin and bouzouki in the MG3.

Ian Haegele is a bassist who has played with many of the Rocky Mountain Region’s best acoustic groups including The Jeff Austin Band, Long Road Home, and Thunder and Rain besides playing with the MG3. He received a Masters Degree in Music performance from the University of Northern Colorado. Besides folk and bluegrass music he performs with many chamber groups and orchestras around the Front Range of Colorado. He recorded his solo record Low Roamer in 2017 which features the members of the MG3. Ian plays bass in the MG3.