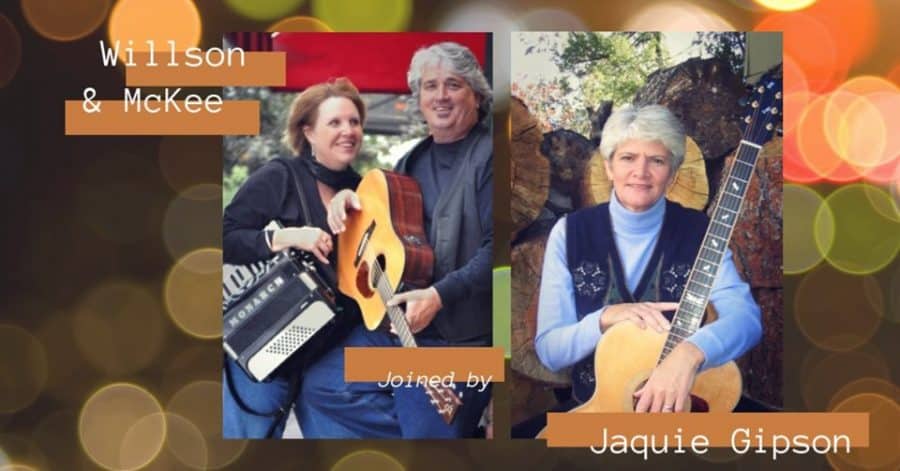 Willson & McKee are two voices with Celtic harp, accordion, Irish bouzouki, guitars, dulcimers, Bodhran, and bagpipes. The duo began making music and touring together in 1990. In the decades since, they have appeared on multiple state Arts Rosters, juried showcases, educational programming and performed in many states on stages ranging from Quonset huts to 1500 seat auditoriums.

Jaquie Gipson, an acoustic guitarist, began playing the guitar at the age of 14. With inspiration from Leo Kottke, Michael Hedges, Preston Reed and others, Jaquie has developed a style of her own.

She has performed for a wide variety of audiences in Colorado, Kansas, New Mexico, Texas and California. From music festivals, community events and concerts to music videos. An experienced instructor, Jaquie has taught guitar at Trinidad State Junior College since 1981 and conducts hands on workshops in music stores and college campuses.