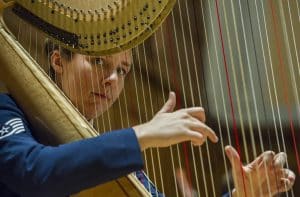 Spanish Peaks Country plays host to a very special, intimate harp retreat held every year during the Celtic Music Festival. Harpists come from around the globe for classes and workshops that last from five to 10 hours each. With a very low pupil to teacher ratio, these classes provide opportunities to connect with each other and the […] 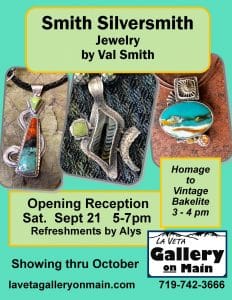 Intrinsically soulful stones provide the inspiration for many of my hand fabricated jewelry creations. My work starts with many sketches and leads to sterling silver textured backdrops designed to synergistically compliment uniquely cut designer stones. I have two jewelry lines. Smith Silversmith comprises my "one of a kind" custom designed and hand fabricated silver pieces set […]

Running September 24 to November 9 Reception: September 28 5PM All media will be accepted in this show. Artists are encouraged to enter artwork that reflects aspects of the autumn season. Artwork cannot have been shown at SPACe any time during the past 12 months including the Gift Shop. (Except Members’ show)

Guitar Workshop with Chris Newman Saturday 28, 2019 9AM - 3PM, Walsenburg, Colorado Chris will cover three topics in the course of his one-day guitar retreat 1) Flatpick Heaven: The guitar in traditional Irish and Scottish music. Create great "open-sounding" accompaniments for traditional tunes without resorting to DADGAD, explore interesting and appropriate rhythms and even […] 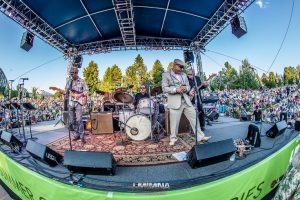 Originally from Washington D.C., harmonica player/vocalist Al Chesis has been a perennial presence on the Denver and Colorado blues scene since the 1980s. As founder and bandleader of the highly-awarded Delta Sonics (voted best blues band by the readers of Colorado’s premier entertainment magazine, Denver Westword, for six consecutive years), Al has brought his musicianship, […] 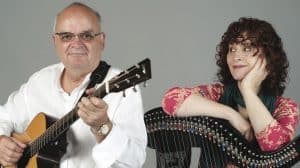