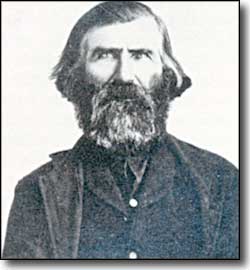 Also known as “The Telegraph,” Francis X. Aubry pioneered the “Aubry Cutoff” on the Santa Fe Trail. From a point on the Arkansas River, just east of present-day Syracuse, Kansas, he headed across southeastern Colorado to the Cimarron River. Aubry is best remembered for a ride he made from Santa Fe to Independence, Missouri during which he covered 780 miles in 5 days, 16 hours. He rode through a 24-hour rainstorm and over 600 miles of mud. On this trip, he broke six horses, conducted business, and slept for only two and a half hours. It’s no surprise he had to be peeled him from his blood-caked saddle when he reached Independence. Later, he returned to Santa Fe and was stabbed to death during an argument with a journalist over the best route for a transcontinental railroad.

Tall and with a commanding presence, Charles Autobees was a man of force but was also uneducated. He was a familiar figure to the Arapahos, Blackfeet, Cheyennes, Teton Lakota, Navajos, and Utes. Among his friends were William Bent, Ceran St. Vrain, Kit Carson, Jim Bridger, and James Beckwourth.

After living as a mountain man and trader for many years, Autobees finally settled on a ranch near the junction of the Huerfano and Arkansas Rivers in 1853. Although he lived on the land for 30 years, his residence didn’t qualify under US Government Homestead rules. As a consequence, he lost his land and died penniless, a victim of government bureaucracy.

Autobees’s half-brother was Tom Tobin, best known for ambushing and killing the Espinosa brothers whose widespread murder spree terrorized Coloradans in the mid-1860’s. Charles spoke fluent Navajo, Arapaho, Cheyenne, Lakota, and Spanish. He spent portions of his life with six different women, including Juanita Gomez, his second wife with whom he lived until he died on June 17, 1882.

A friend of Sam Houston’s, Judge Spruce M. Baird dealt in both land and cattle and was attorney and agent for the Vigil-St. Vrain Land Grant. For whatever reason, Judge Baird wore his bright red flannel underwear on the outside over his clothing.

While these frontier partners engaged in ranching and farming, trading St. Louis goods to Native Americans was Barclay’s and Doyle’s main business.

English-born Barclay and American-born Doyle were storekeepers and bookkeepers at Bent’s Old Fort in 1838. Barclay married Teresita Sandoval and Doyle married her daughter. By 1843, Barclay had settled in El Pueblo as a trader. From 1844 to 1848, he worked with Doyle and George Simpson to establish the settlement at Hardscrabble, 30 miles west of El Pueblo. Shortly after that, he and Doyle moved to northern New Mexico where they built Fort Barclay.

Barclay died there in 1855. Doyle moved his family back to the mouth of the Huerfano River in 1854. This settlement was attacked by Tierra Blanca and his warriors in January, 1855. After this, Doyle returned to Fort Barclay and created the largest mercantile firm in the territory. He then returned to the Huerfano River Valley and built his ranch. By 1864, he was a member of the territorial legislature in Denver and the richest man in the Colorado Territory. He died later that year. 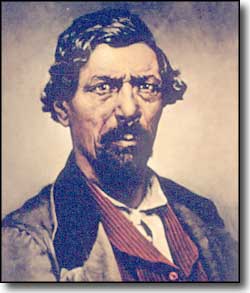 Born in 1800, James P. Beckwourth was the son of a slave mother and a Virginia plantation owner. His father gave him a classical education. As a boy, he relocated with his family to St. Louis where he served an apprenticeship as a blacksmith.

In 1824, he headed west and hung out with men like Jedediah Smith and Jim Bridger. For 40 years, he worked as trapper, guide, adventurer, and war leader of the Crows, finally dying among them in the lodge of Iron Bull in 1866.

Charles and William Bent were brothers who founded Bent’s Old Fort as part of the Bent, St. Vrain & Company. Charles Bent was appointed Governor of New Mexico after Stephen Kearny took the 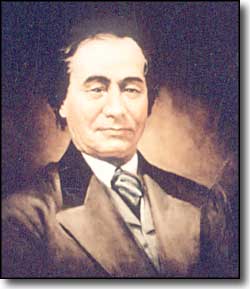 territory from Mexico in the Mexican War. Bent only had the job a couple of months when the Taos Uprising happened, and he was killed by a group of Mexicans and Taos Indians.

Kit Carson was a famous Indian

Chief Conniach was a famous Ute Indian chief who spent many years around Trinidad observing the settlers. 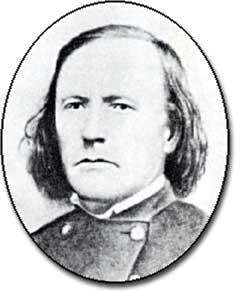 He and his tribe helped Uncle Dick build the toll road over Raton Pass from 1866 to 1867.

Juan Bautista de Anza was the Governor of New Mexico in the late 1700’s. De Anza led the expedition that killed Cuerno Verde and finally stopped the Comanche raids on Taos and Santa Fe during the Spaniard days. Learn more…

Wyatt Earp was a famous lawman and outlaw of the 1880s. After he took part in the Gunfight at the OK Corral in Tombstone, Arizona, Wyatt and Doc Holliday came to Trinidad to confer with their old friend Bat Masterson, who helped them start a new life. Wyatt laid low in Colorado for five years. He was spotted gambling in places like Trinidad, Aspen, and Denver. He ended up living in Los Angeles, where he died in 1929. 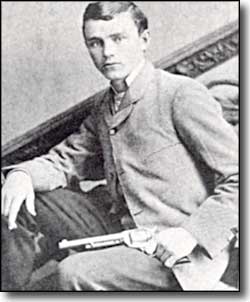 Robert Ford, Jesse James’s cousin, came through the area with a show called, “How I Killed Jesse James,” a dastardly deed he actually did. In the mid-1880s, Ford and his wife Dot lived in Walsenburg, where he operated a saloon on West 7th Street.

The Fords moved to Creede when it became a booming mining camp. In Creede, Bob ran a rowdy saloon/dance hall/gambling house until the place burned down. He left town for a while but came back again and opened up a saloon in a large tent.

Marshall Ed O’Kelly entered his saloon and emptied a shotgun into the back of Ford’s neck on June 8, 1892. It seems that in his younger years, Bob Ford had robbed the O’Kelly home in Missouri and had burned Mrs. O’Kelly’s feet and “pulled off her toenails with pinchers” trying to get her to tell where the money was hidden.

Along with Henry Daigle, Colonel John Francisco founded La Veta. He came to the area in 1862 from Fort Garland. He is credited with arriving in the area and saying, “This is paradise enough for me.” 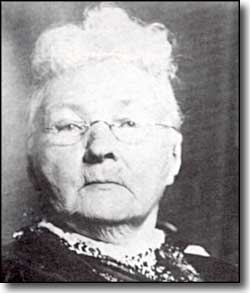 Mother Jones was a famous union organizer who came to southern Colorado during the great Colorado Coal Wars of the early 1900s.

Stephen Watts Kearney was a Colonel—and later General—who led the Army of the West through the Raton Pass area in 1846 to take Santa Fe and northern New Mexico for the American government during the Mexican War.

Born in 1853, Bat Masterson was a famous frontiersman and peace officer in the American West. As a young man, he became known as a brave buffalo hunter and Indian fighter. As a lawman, he was viewed as a cold-blooded gunfighter, but that reputation was untrue.

Bartholomew Masterson was born in Henryville, Quebec. He later called himself William Barclay Masterson. Masterson began his career as a peace officer in 1876 when he became a deputy marshal in Dodge City, Kansas, the county seat of Ford County.

From 1878 to 1880, he was sheriff of Ford County. In 1881, he helped his friend Wyatt Earp enforce the law in Tombstone, Arizona. Masterson served as city marshal of Trinidad, Colorado, in 1882. At times, he earned his living as a gambler. In 1892, he was managing a gambling house in Creede, Colorado. In 1902, he moved to New York City and became an authority on boxing and a sportswriter for the New York Morning Telegraph. He died at his office desk in 1921.

Lucien Maxwell was the heir of the Miranda & Beaubien Land Grant, which is how it became the Maxwell Land Grant. A good friend of Kit Carson, when Kit married Clara Jaramillo, Lucien married Luz Beaubien.

In the Taos Uprising, Luz’ older brother was killed by the Pueblo Indians and Lucien inherited the Land Grant through his wife.

Roy Mitchell was an illustrator of many dime novels from the early and mid-1900s. There is a museum in Trinidad named for him containing many of his illustrations. AR Mitchell was instrumental in buying the Baca House and saving it for the Colorado Historical Society. 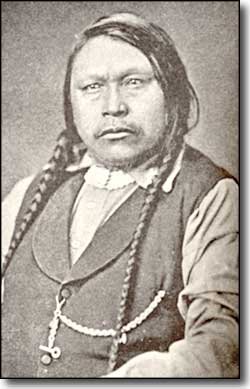 Zebulon Pike was a famous American military explorer who came to the area in 1807, probing the Spanish boundaries. Pikes Peak is named for him. Learn more…

Teresita Sandoval was born in New Mexico in 1811.  She married Manuel Suaso at 14 and soon thereafter left her native Taos for the northern reaches of New Spain. There, she helped found the settlements of El Pueblo, Hardscrabble and Greenhorn.

In 1836, she moved with her four children to a buffalo ranch near the junction of the Fountain and Arkansas Rivers where she lived with Matthew Kinkead, the father of her 5th child.

Dreams of her illusive happiness eventually led her away from Kinkead and into the arms of Alexander Barclay. Barclay adored her and drew a sketch of her complete with a blue reboso and a tub of fresh-washed laundry. When Barclay died in 1855, Teresita moved to a one-room adobe house on the ranch of Joseph Doyle (on the Huerfano River) where she remained until she died at the age of 83.

Born in 1818, George Semmes Simpson received a fine education, including some training in the law. As a young man, he became fascinated with everything mountain man: fringed buckskins, outrageous adventures and “erratic and seemingly purposeless lives.”

At the age of 20, after a failed suicide attempt over a disappointing love affair, his father sent Geroge west. He was lazy, capricious, and undisciplined, but he finally learned to trap beaver, trade with the Indian tribes, and pan for gold.

Along the way, he helped found and build the communities of El Pueblo, Hardscrabble, and Greenhorn while living the life he had once only dreamed of. In 1842, Simpson married Juana Suaso, daughter of Teresita Sandoval Suaso. Together, they had eight children.

In 1849, while traveling on a riverboat, Simpson contracted cholera. Taken for dead, he was packed in an ice-filled coffin and shipped to St. Louis. Miraculously, he survived the journey and returned to his family in Colorado where he lived for 36 more years. Simpson came to Trinidad with his wife and settled down in 1865. He was elected to the Trinidad School Board, was the clerk of the magistrate court, and sold office supplies, books, and newspapers around town.

He wrote articles for the local papers and some Eastern journals under the pseudonym Senex. He is most famous for an escapade in which he taunted a band of Ute raiders for three days while the townsfolk summoned military 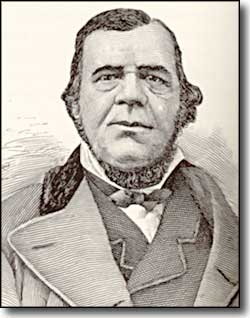 forces to keep the raiders from looting the town. When it was all over, he asked to be buried atop the sandstone bluffs he hid in for the entire time. Hence the location’s name, Simpson’s Rest.

Ceran St. Vrain was one of the partners in  Bent, St. Vrain & Company, and one of the landowners of the Vigil-St. Vrain Land Grant. Learn more…

Cuerno Verde was a famous Comanche chief who led many raids against the Spaniards in Taos and Santa Fe, New Mexico. He was cornered and killed by Juan Bautista de Anza near the foot of Greenhorn Mountain in southern Colorado. Learn more…