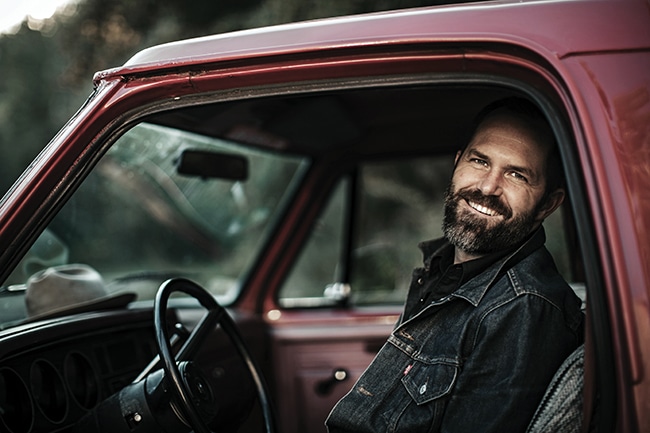 With his rugged Midwestern sensibility and rich, evocative voice, Jeffrey Foucault is a songwriter in the tradition of the classic American country-folk troubadours. Citing heroes like John Prine, Greg Brown, Chris Smither, and Townes Van Zandt, Foucault received accolades from the roots rock community in 2001 with the release of his stark and compelling debut LP, Miles from the Lightning. Marrying blues, rock, Americana, folk, and country, Foucault has released a string of well-received albums and has also become an in-demand producer.

His latest album (2018), Blood Brothers, sets blues aside to pull together strands of country, R&B, gospel, rock’n’roll, and folk in a series of delicate small-canvas portraits. There’s a touch more light coming through the window, a certain gentleness in play, with layers of backing vocals sung by women – including Foucault’s wife Kris Delmhorst, as well as the various partners of the band – adding hue and shade.