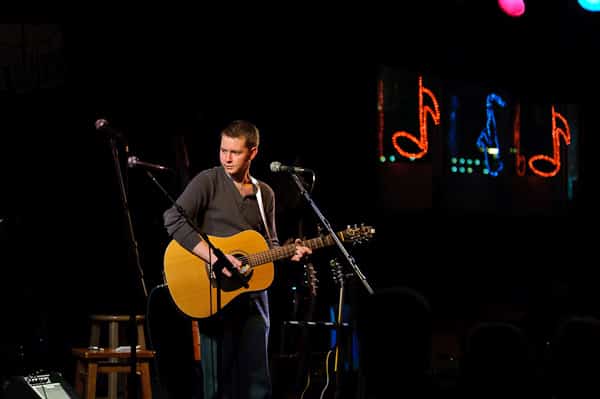 John Fullbright’s 2012 studio debut, From the Ground Up, received a Grammy nomination for Americana Album of the Year, and later that year he won ASCAP’s Harold Adamson Award for lyric writing. In 2014, John released the critically acclaimed Songs , toured all over America and the UK, and appeared on Late Night with David Letterman.

Fullbright possesses a keen ear for memorable melody and a unique approach to harmony, moving through chord progressions far outside the expected confines of traditional folk or Americana. His performances are stark and direct, a deliberate approach meant to deliver the songs in their purest and most honest form.