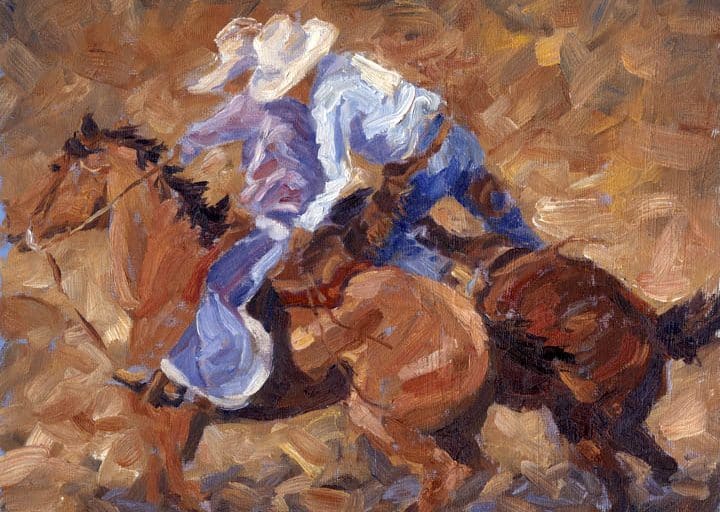 The 2019 Western Rendezvous Show is a juried and judged show. Artists working in all media from throughout the United States were invited to submit up to three of their works of art for consideration. A committee of three selected 53 works from 135 submitted pieces to be displayed in the show. Artwork reflects native […]

The Spanish Peaks of Southern Colorado have been among the most important landmarks of the southwestern United States, guiding Native American tribes, Spanish and French trappers, gold seekers, hunters, and American settlers. The Ute, Comanche, Apache, and other, earlier Native American tribes held the peaks in religious awe and named the mountains Wahatoya, meaning “Breasts [...]